Time to give this a shot... my Character is a Trill called Trollestia. I am called Ewan. Currently flying a patrol escort called U.S.S. Project Horizons (might rename it). You might also find me on some other games with my other name, DBL. My online times vary wildly and being in Australia complicates that. Listen to a lot of hour or two hour long mixes of dubtrot and trance while playing. not sure what else to put other than saying hi.

Lol - I can't believe I haven't posted on here before

It looks like many of the ponies who posted here aren't on anymore - kinda sad... anyways I haven't done an introduction before so I guess this is mine.

I'm Hootanic... I'm on more than I should be. I have been playing since STO went F2P and for a long time was fleetless until I was found by and joined the New Lunar Republic. I was and instrumental member of that fleet and helped lead the NLR refugees to the UESF when that fleet collapsed. In the UESF I help to maintain fleet operations for fleet leadership and was the principle author of the Fleet Charter. I try to help as much as I can, I believe in our values and the ties of our fandom and community as a source of strength within the game. So, not sure what else to offer - see ya'll in the game.
_________________

Hello Everypony. My main character in sto is Dr. Whooves its on the fed side. i hve a nother one also something with Whooves and something like sasa or saeba o the kdf side. just call me Doctor, whooves Chimera or whatever all the oters call me (kitty, eistee, philipp and some more names). About me, i am really bad at rememering names and time so dont ask me when something happend or what name something or someone has. Im speaking english and german and im online at random times. I can be found in th i-stats ts (ip: i-stats.net) as CHlM3RA whats also my character handel. Recardios temspeak is also at i-stats now, so any pony who wants can join. please im feeling lonly beeing the only brony in a ts

Hello mine name is Twi... er OmniDusk. I have been playing STO since it came out in 2010. I have three toons; Karatek (Eng), eSATA (Sci), Connor (Tac). I was in a major PvPing fleet but has pretty much disbanded and I was invited to this fleet. I am looking foward to the the STF and some pvping if my ships are speced for it.

My playing times are erratic, as there are other games I play plus RL gets in the way.

I just joined a few days ago with T'Poni (accidental pun; the name was randomly generated by the game).  She is a female vulcan and probably my 4th or 5th toon, but the first that doesn't stink.  I got mixed up about username versus display name so I called myself albedoequals1 in the forums but my display name is MYOB_x_infinity (from when I was still antisocial: MYOB = Mind Your Own Business).  Before anyone tries to roleplay at T'Poni you should know that I'm a guy and most of my characters are guys.  She's just an experiment that worked out well. I usually play in the evenings (PST). I am happy to help when I can, but I tend to be clueless.

Hello all My Name is Btf16 also known as Bob the Fish, I play Jennifer, Robert and April members of GOE. nice to be part of the Fleet.

Been playing STO since the beta and had a small Fleet with my friends that played back in the day, that fleet is dead. When i found out about GOE i was very happy and went about making sure I helped the fleet assets grow since i am not a big fan of PVP.

Hello everyone! I have two in game users in the GOE family. The First being Kheng, a Catian FED-Engineer.
My other is a KDF-Tactical Klingon known as T'Vnk. I'm the newest member of the fleet but I'm not a newbie to STO. I've been playing since the first month, I came back to STO when F2P came and I have 3 Level 50 Characters. After I created Kheng, I decided to take a chance and see if there were any Brony fleets out there. In 10 seconds flat I found this fleet and the rest is history!

EDIT Because I felt like it:
I've known about the show (mlp) for a long time, until recently I didn't really care much for it until I decided to see what the big hype for this show was (especially since John de Lancie was in it). It didn't take long for me to finish the first 3 seasons under my thick and cozy blanket, and I've watched parts of season 4, including the epic season finale. I've joined the mlp Forums (Same User) if you want to read a more detailed story. I will admit to the fact that I am a closet Brony. 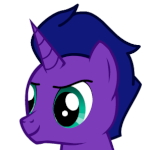 Welcome to the Herd

It's great to have you! Welcome to the fleet! We do lots of events, the next one being the Grand Galloping Gala sometime after the Risa summer event. Also, since we are a fleet based around an interest outside the game, in-game our members have quite a diversity of interests. We have PvPers (our Wonderbolts), RPers, casual and hardcore gamers. See you in the game!
_________________

Talia [in-game] here (my only character... for now). She's a Tactical Officer who isn't all that powerful, but she'll get there as more episodes and patrol missions are finished out. I work afternoons to evenings for now so I'll usually be on here and there in the mornings and on the weekends when I'm not doing coursework. I'm up for pretty much anything 'cept anything in "the gutter" and PvP (only because I had such a tough time with that in the old fleet [being the only casual gamer who wasn't at the cap and flying ships from lock-boxes can make one an easy target and a source of easy/free points for the other team]). 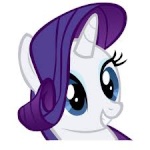 Names Midnight. My mane character in game is Jaina Long, on the side of the Romulan Republic. Currently I'm working on getting the full Undine set for my Risian Luxury Cruiser (Aptly named the RXS Ditzy Doo!)

My Favorite Ponies are Derpy ehooves/Ditzy Doo and Princess Luna. If I'm not on my Romulan, you might find me on my Federation Character, Aronon Korr. Due to my random work schedule (Overnights/Days evenings at 2 different jobs) I have no set schedule to give. Though I try to get on when I can and Grind for marks. 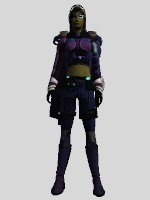 My name is William, also of the name of my STO character, and I captain the USS equestria light cruiser, I'm a tactical officer, and while I played the version of the beta that came with another game. (of which I can't remember which game.) I have never picked up the full game til just this week so I'm a newbie.